This is one of my favorite projects because there was a clearly defined problem that advertising could solve. We had to reshape the common perception of Natick Mall. 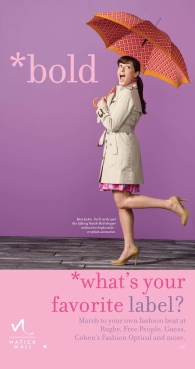 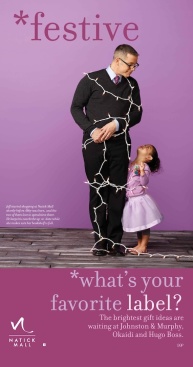 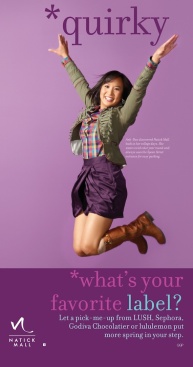 Natick Mall was the quintessential American mall. Not too flashy, not too new, but providing a good selection for you and your family. Then, an ambitious expansion added a new wing anchored by Neiman Marcus and Nordstrom with a who’s who of luxury brands in between.

The coinciding marketing campaign (by another agency) focused almost entirely on the new high-fashion designers to position the mall as a prestigious destination. As a result, the surrounding community came to perceive the mall as “pretentious, snobby and expensive,” despite the fact that the majority of Natick Mall was still filled with mainstream shops.

I came up with this concept to combat those misconceptions and gain back the positive feelings many folks had for the original Natick Mall. The goal was to shift the focus back to the shopper and remind people that Natick had a broad spectrum of stores to choose from. Each of us can be defined by a variety of different labels, and so can Natick Mall.

To strengthen the connection with the community even more, we decided to cast real people instead of professional models. Nearly 900 people of all ages submitted pictures to our Shopper Search.